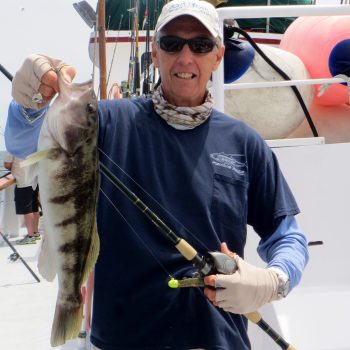 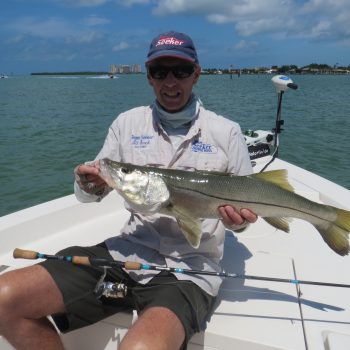 Seeker veteran Ed Surek joined the Pro Staff team in 1993 and has been a dedicated member for over 25 years. He was originally recommended by Russ Dean, a Seeker employee and Pro Staffer, who was widely known as the ‘Dean of Break-Wall Fishing.’ Ed was a high school teacher at the time and his ability to speak publicly, combined with his passion and knowledge of inshore fishing, would be an asset for Seeker for years to come. Ed has worked 27 consecutive Fred Hall Shows as well as represented Seeker at ICAST in Florida.

Ed splits his time between California and Florida, where he has made a name for himself as a master angler on both coasts. He personally helped Seeker develop an Inshore Rod Series designed for the Southeast Coast; namely the Aqua Dream and Captain Mike Hakala signature models. Always an ambassador to the company, Ed connected Seeker with prominent FL captains Patrick Rood and Matt Hoover who became pro staffers as well. Capt. Rood is a professional guide and tournament angler who still uses the Aqua Dream rods today.

After chasing Bonefish for over 12 years out of Bud n’ Mary’s in Islamorada, FL, Ed is extremely proud of catching a 14.2 pound elusive ‘Ghost’.

Out of four years competing in the United Anglers CAST Tournament (catch and release), which runs from Memorial Day to Labor Day, Ed has Championship or Runner-up finishes each year. To earn these top finishes, he caught thousands of fish all using plastic.

Ed has over 30 years of Night Breakwall Fishing experience, winning two of the famous Wall Banger Tournaments. He hasn’t cracked the 10lb Calico barrier, but he has come close at 9.4lbs.

Ed takes true pride in representing Seeker. Now more than ever, he believes that Seeker is the “Best of the best!” Two of his lifetime trophy catches include a Snook caught in Marco Island, Florida on a charter with Captain Matt Hoover using an Aqua Dream rod; as well as a Sand Bass caught using a React Pro Inshore rod.